Gateway Qualifications is proud to announce that we have nominated two Access to HE students for the Keith Fletcher Memorial Prize 2017-18. In the category for Outstanding Academic Achievement, we have chosen Michael Allport, an Access to HE Science and Maths student at Colchester Institute.

Michael left school with few GCSEs but a strong desire to study BSc Computer Science at the University of Essex. Having a clear goal in mind led him onto the Gateway Qualifications Access to HE Diploma (Science with Mathematics), where he truly excelled, achieving Distinctions in every unit he studied on the programme.

Michael shares his experience of studying his Access to HE diploma showing that it is both achievable and worthwhile and can really open doors to the future:

“If there were ever an experience I could aptly define as lifechanging, my time on Access would be it. Core studies and my specialist subjects have taught me fundamental skills which have not only enabled me to progress onto university but have already been highly beneficial in the professional work. The course content was rich with deeply engaging materials and taught by amazing teachers who were interested and able to explain complex subject matters. All subject materials were very well organised and easily accessible online.”

Michael’s abilities were quickly noticed by his course tutors who praised his outstanding work and academic achievement: 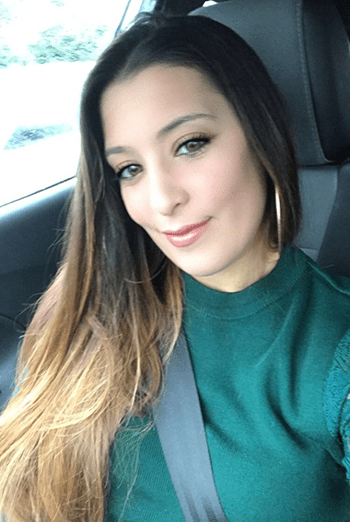 Our nomination in the category for Outstanding Commitment to Study is Sarah Miller, an Access to HE Social Studies learner at Hertford Regional College. Sarah has been recognised for her determination to consistently improve the quality and standard of her work in order to achieve her goal of going to university – with the drive to not let her dyslexia hold her back.

Growing up in the care system with undiagnosed dyslexia, Sarah struggled with education and left school with no GCSEs. When she had her son, Sarah knew she needed a career to allow her to support him in the way she wanted to.

“I applied to Hertford Regional College to undertake the Access to HE Health and Social Care Diploma. They told me I needed to pass GCSE Maths alongside this qualifications in order to go to university. This worried me as I had already failed maths twice and now I had to do it alongside a demanding, fast paced course.”

Using the college’s support services and her lunch breaks to ensure she produced high quality work, failure was not an option for Sarah.

“There were numerous times I questioned my ability and wondered whether I was in the right place, but I would always remember why I was there and who for. I constantly listened to teacher’s feedback for the work I submitted, and this enabled me to keep improving.”

Sarah is now in her first year of studying BSc (Hons) Social Work at University of Hertfordshire. her goal is to work with society’s most vulnerable.

“Sarah has been able to achieve GCSE Maths at Grade 5 as well as her Access to HE Diploma despite having severe dyslexia and having navigated her way through a variety of personal circumstances prior to her Access course. She consistently motivates herself to achieve to the absolute best of her ability, and strives for the best every time, which has ultimately paid off.” – Amy Fitzgerald, Access to HE Coordinator, Hertford Regional College.

Both learners have taken the opportunity to transform their lives, giving them a firm foundation for the future. To reward Michael and Sarah for their outstanding achievements, Gateway Qualifications gifted both with a £100 voucher and we congratulate them on their hard work and enthusiasm for their Access to HE courses.